What Kind of Sleep Apnea is Interrupting Your Night’s Rest? 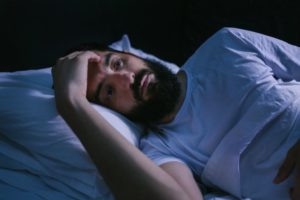 Have you been waking up gasping for air? Or are you way too sleepy during the day? These could be the warning signs that you’re suffering from sleep apnea, a condition where breathing stops and restarts several times during the night; if left alone, it could lead to heart failure and other health problems. In order to get proper therapy, it’s important to determine the exact cause of the condition. Here’s what you need to know to distinguish the 3 different types of sleep apnea.

By far the most common form of the disorder, obstructive sleep apnea occurs when there’s a physical obstruction that’s interrupting the breathing process. This is commonly caused by relaxed tissues and muscles collapsing or blocking the airway; it often occurs in patients who are obese or overweight due to the presence of fatty tissue around the neck. Other risk factors include age, sleeping on your back, the shape of the jaw, and fluid retention issues.

In many cases, obstructive sleep apnea will cause loud snoring; hence, it’s possible that your family or a roommate will notice the signs of a sleeping disorder long before you do. (Note that snoring is not always caused by sleep apnea.) You may also occasionally wake up out of breath and be excessively drowsy during the day.

With central sleep apnea, the problem isn’t with the airways; it’s with the brain. The lungs and other respiratory muscles rely on brain signals to continue breathing while the body is asleep. Without those signals, they won’t do their jobs. It can be as little as 10 seconds to over a minute before breathing resumes, and during that time oxygen levels in the bloodstream suffer. Obviously, this disorder can be caused by neurological problems; it can also be due to medications, sleeping at a high altitude, and medical issues such as chronic heart failure.

Central sleep apnea can have symptoms similar to those of obstructive sleep apnea. Additionally, sleep apnea brought on by neurological problems might also cause swallowing difficulties and an overall sense of weakness.

Sometimes you might experience obstructive sleep apnea and central sleep apnea at the same time. Obviously, when this happens, you’ll experience the symptoms of both conditions. In order to positively identify mixed sleep apnea, you’ll need to undergo a thorough sleep study that records nighttime events.

Once a sleep study is performed, appropriate action can be taken to protect your health. Obstructive sleep apnea can often be corrected with the use of an oral appliance or a CPAP machine, while central sleep apnea can be treated a variety of ways depending on the underlying cause. In either case, you’ll want to have the therapy done as soon as possible so that you can get a good night’s rest.

At Dolfield Dental in Owings Mills, Dr. Jacob Milner and Dr. R. Mark Horner strive to provide reliable, long-lasting solutions for all of their patients’ dental needs, whether it’s oral appliance therapy for obstructive sleep apnea or keeping the teeth healthy through regular preventive dentistry. To schedule an appointment, visit their website or call (410) 902-4110.

RSS feed for comments on this post. TrackBack URL