Not Getting Enough Sleep? Your Brain Might Be at Risk 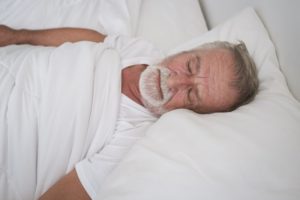 Obviously getting a good night’s sleep is important; if your rest is constantly being disrupted by sleep apnea, you’re likely to be exhausted and irritable throughout the day, which can make it more likely that you’ll get into a traffic accident or make a mistake that you’ll regret later. But did you know that poor quality sleep could also be putting your mind at risk? People who suffer from sleep apnea have a higher chance of developing Alzheimer’s disease; learn more about this surprising connection and what you can do to protect your brain!

What is Alzheimer’s Disease and What Causes It?

Alzheimer’s is the most common form of dementia, usually resulting in memory loss, a decrease in thinking and reasoning skills, impaired judgment and decision making, and personality changes such as mood swings or distrust in other people.

There’s usually no single cause for Alzheimer’s; most scientists believe that it’s the result of many factors such as age, genetics, lifestyle and environment. However, one common theory is that the condition is linked to a protein called beta-amyloid. It can accumulate in the brain and is thought to damage healthy brain cells.

How Has Sleep Apnea Been Connected to Alzheimer’s?

Patients with sleep apnea stop breathing several times during the night. When this happens, the brain wakes you up briefly to get some oxygen. As a result, you won’t nearly enough rest and will rarely, if ever, reach the later stages of the sleep cycle that are important for healing and improved brain functions.

A study in the journal JAMA Neurology found that a lack of sleep can also lead to a build-up of beta-amyloid in the brain. Specifically, the amount of time spent asleep and the quality of that sleep seem to be the contributing factors. (The number of times the patient wakes up during the night doesn’t seem to be a factor.)

It should be noted that over half of all adults with Alzheimer’s reported insomnia-like symptoms. Thus, researchers believe that interventions to improve sleep might be able to prevent or slow down the development of Alzheimer’s disease.

How Can Sleep Apnea Be Treated?

If others have told you that you snore or suffer from gasping or choking fits during the night, it could be a sign of sleep apnea; you should also seek treatment if you constantly suffer from morning headaches or dry mouth.

While in the past sleep apnea was usually treated with a CPAP machine that forced air down the throat, many patients prefer oral appliance therapy. This helps adjust your jaw in a way that keeps the airways open, letting you breathe normally throughout the night. Of course, other treatments might be necessary depending on the precise cause of sleep apnea. Talk with your dentist about your options for getting a good night’s sleep; you might just save your brain.

At Dolfield Dental, Dr. Jacob Milner and Dr. R. Mark Horner combine their extensive training to help treat patients of all ages in Owings Mills. They offer ProSomnus IA, a high-quality oral appliance that can help victims of sleep apnea get the rest they need. To schedule an appointment, visit their website or call (410) 902-4110.

RSS feed for comments on this post. TrackBack URL